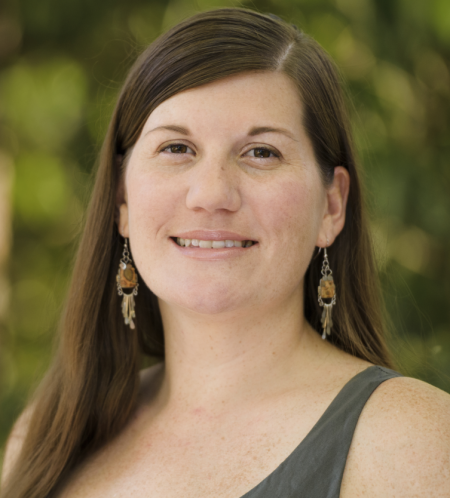 Monica Noon is the Senior Manager, Data Science for Resilience, providing cartographic and GIS support to Vital Signs. Prior to joining Conservation International in 2016, Monica worked with the National Audubon Society as an Enterprise GIS Intern. She also served as a Peace Corps Volunteer in the Linking Income, Food and the Environment (LIFE) program in northern Zambia where she worked with rural communities to build capacity in sustainable agriculture, forestry and food security. Ms. Noon was awarded an extension position where she led participatory forest management efforts with communities to regain protective status within a degraded local forest between Kasanka and Lavushi Manda National Parks. Monica holds an MS in GIS for Development and Environment from Clark University where she was awarded the Career Development Grant from the American Association of University Women (AAUW) and developed skills in remote sensing, GIS, raster analysis, and spatial modeling. She holds a BS in Environmental Science from The Ohio State University where she studied wetland ecology and water quality at the Schiermeier Olentangy River Wetlands Research Park. Monica has an interest in protecting wildlife in Africa while fostering local capacity to sustain healthy and prosperous livelihoods. 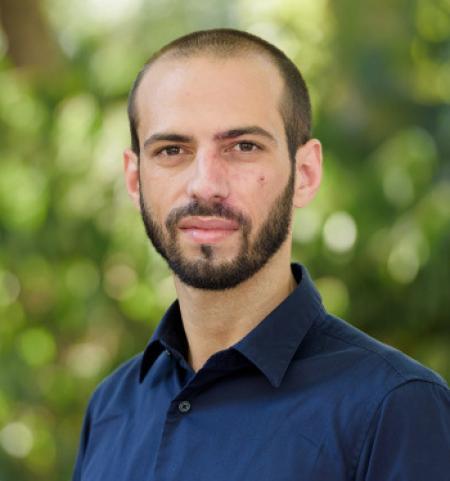 Mariano Gonzalez-Roglich is a member of the Geospatial Applications team at the Moore Center for Science. He is interested in the use of geospatial technologies to study land-use and land-cover change dynamics to better inform management and conservation strategies. He is currently working on developing methodologies and guidance for monitoring land degradation, and other projects for the Ecosystem Services team including the development of a global hotspots map for nature-based climate change adaptation and mitigation opportunities, as well as Firecast. 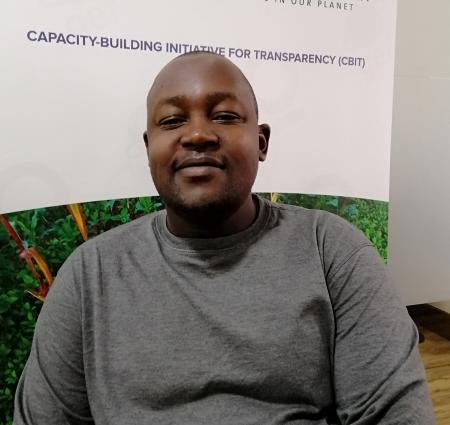 Victor is social scientist focused on the nexus between different production systems, environment and social aspects such as population change. Victor holds a first degree in Sociology and a master’s degree in Population Studies from the University of Nairobi. Cumulatively victor has 10 years’ experience in diverse fields such energy and post-harvest loses, multi-stakeholder action in agriculture, knowledge sharing among others.

At Conservation International Victor works under the Vital Signs programme developing projects and managing several projects that are funded through public donors such as the Global Environment Facility (GEF) and the Green Climate Fund (GCF). His focus is on sustainable production in agriculture, aquaculture, renewable energy and mining.

Victor can be reached at vesendi@conservation.org 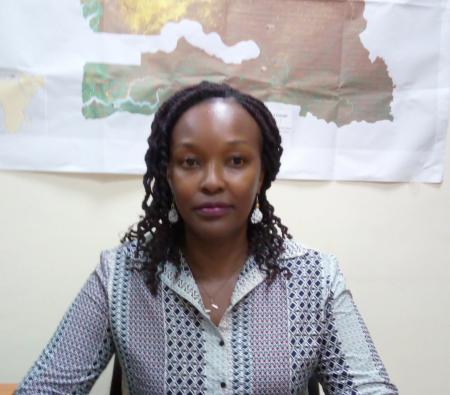 Everline is the Technical Manager for monitoring and assessment at Conservation International, Africa Field Division, based in Nairobi, Kenya. My current responsibilities include tracking and reporting on the environmental benefits and socio-economic benefits for the GEF funded Integrated Approach pilot on Food security covering 12 countries in sub Saharan Africa. This entails developing a framework for monitoring and assessment, training countries teams involved in monitoring and reporting the achievements of this project to all stakeholders.

Everline is social science researcher and a monitoring and evaluation practitioner with experience in conservation and development-oriented programs. She has a Master of Arts Degree in Sociology of Rural Development from the University of Nairobi, Kenya. She has worked extensively in international research organizations concentrating on forest conservation and plant knowledge dissemination programs in Africa. Previously she worked at the African Forest Forum (AFF), the United States International University (USIU) Africa, the Plant Resources of Tropical Africa (PROTA), all in Nairobi, Kenya.

Everline can be reached at endenga@conservation.org 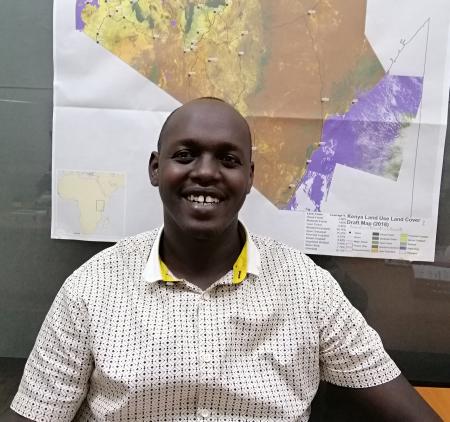 Tom is the Remote Sensing Analyst at CI-Vital Signs Africa Field Division. Through geospatial analysis, Tom supports monitoring and assessment of global environmental benefits and agro-ecosystem resilience for the Food Security-Integrated Approach Pilot Program. Previously, Tom worked with the Regional Center for Mapping of Resources for Development as a Remote Sensing Consultant, developing land use land cover maps for 9 countries for GHG inventories. He has also worked with African Wildlife Foundation as Geographic Information System Assistant supporting the various programs and projects in conservation. Tom has also volunteered as GISCorps, digitizing building in DRC to support WHO polio eradication mission as well as Hurricane Harvey Crowdsourcing Mapping initiative. Tom holds an Msc in Geospatial Information System and Remote Sensing from Jomo Kenyatta University and Bsc in Wildlife Management from Moi University. He is passionate about protecting the natural resources while ensuring that the people enjoy ecosystem services sustainably.

Tom can be reached at tkiptenai-kemboi@conservation.org 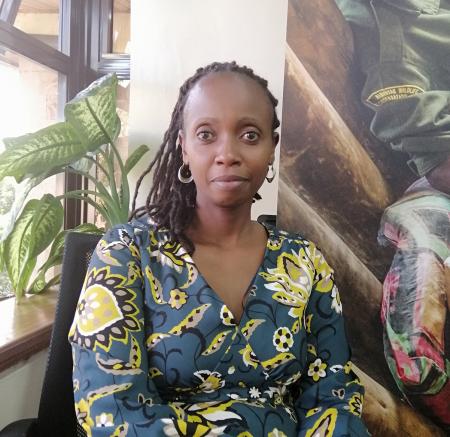 Judy is a Chartered Certified Accountant Fellow. She holds a Master degree with emphasis in Finance from the University of Nairobi  and a Bachelor’s degree in accounting from Oxford Brookes University. Her work experience and knowledge spans over 17 years in the field of finance and grants management, financial reporting, operations as well as human resource management. She has country experience in Kenya, Tanzania, Sudan, Mozambique and Uganda. Prior to joining Conservation International Judy was a consultant with ACDI/VOCA where she conducted an audit and compliance review of one of their USAID funded program. Judy has also had financial oversight over other large programs with Helen Keller Kenya International, ABT Associates, Land O Lakes Inc. and CCM Italy.

At CI, Judy oversees the operations of the Africa Field Division, providing operational oversight in Financial and Grants management , Human Resources , IT and Administration of programs being implemented in Kenya, Botswana Uganda, South Africa, Rwanda , Nigeria, Gambia and London. 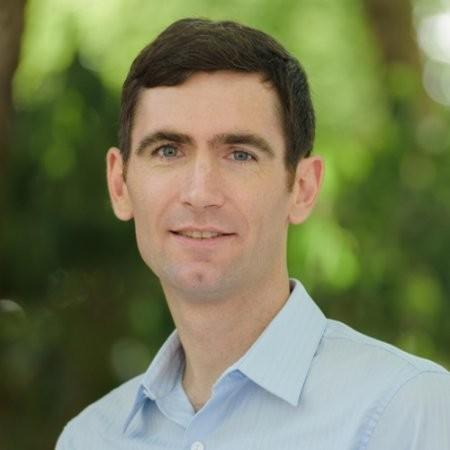 Alex is the Senior Director of Resilience Science in the Moore Center for Science at Conservation International. He leads research on the role of nature in supporting climate resilience, pathways for transformative adaptation to climate change, and the development of new methods and tools that integrate large interdisciplinary datasets to study interactions among climate, land use and land cover change, and human-wellbeing. His work uses statistics and spatial modeling to assimilate data from a broad range of sources to ensure the best possible information is available, and accessible by non-expert audiences, to inform conservation decisions. Alex received his Ph.D. in geography in a joint program at San Diego State University and the University of California, Santa Barbara, and has a master’s from Columbia University.

Alex can be reached at azvoleff@conservation.org 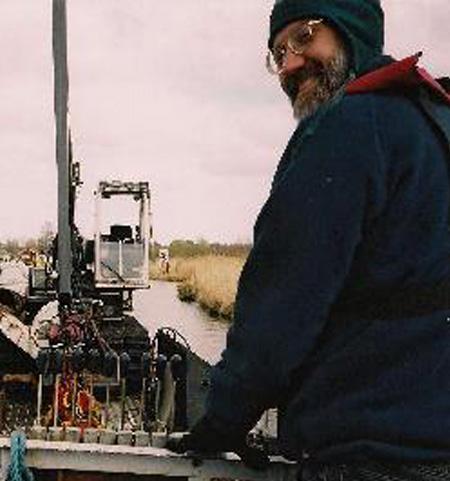 I like to tell people that working here at NASA's Goddard Space Flight Center is the dream job I never knew enough to fantasize about. I started college at 15 as an early admittance student focusing on computer science, artificial intelligence, robotics and art. Years later I got interested in applied restoration ecology, and continue to work in areas that support ecological restoration efforts including hydrological modeling, remote sensing, spatial statistics and analysis, and occasional forays into the field. LEARN MORE 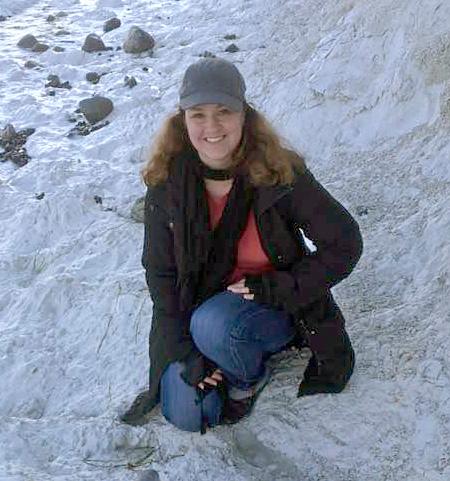 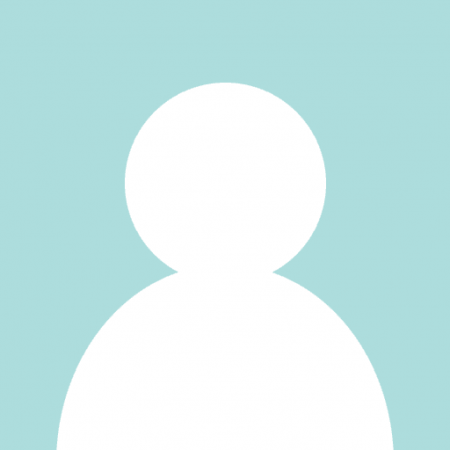 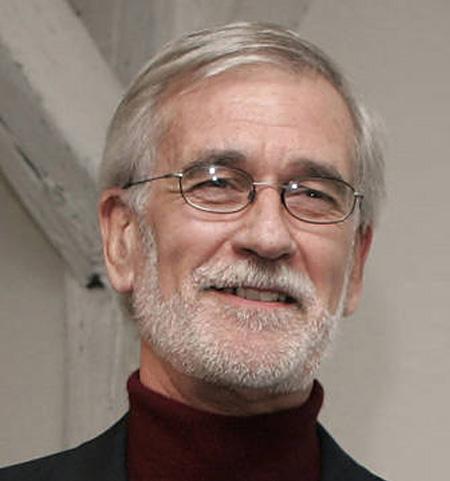 Compton Tucker, a native of Carlsbad, New Mexico, received his B.S. degree in biological science in 1969 from Colorado State University in Ft. Collins. After working for Colorado National Bank in Denver and the First National Bank in Albuquerque, he realized banking was not his cup of tea, and returned to Colorado State University for graduate school in Earth science. He received his M.S in 1973 and his Ph.D. in 1975, both from the College of Forestry. In 1975, he came to NASA/Goddard as a National Academy of Sciences post-doctoral fellow, and in 1977 became an employee of NASA. He has used NOAA AVHRR, MODIS, SPOT Vegetation, and Landsat satellite data for studying deforestation, habitat fragmentation, desert boundary determination, ecologically-coupled diseases, terrestrial primary production, glacier extent, and how climate affects global vegetation. He also takes part in NASA’s Space Archaeology Program, leading a group that assists archaeologists mapping ancient sites in Turkey, including Troy and Gordion. He has authored or coauthored more than 160 journal articles that have been cited more than 16,000 times, is an adjunct professor at the University of Maryland, is a consulting scholar at the University of Pennsylvania’s Museum of Archaeology and Anthropology, and has appeared in more than twenty radio and TV programs. 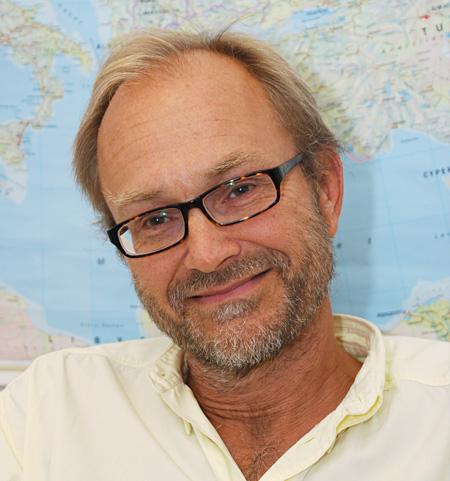 Director of the Centre for Sustainable Studies

Lennart Olsson is Professor of Geography at Lund University and the founding Director of LUCSUS – Lund University Centre for Sustainability Studies. Lennart is also the Coordinator for a Linnaeus programme, LUCID, sponsored by The Swedish Research Council for the period 2008-2018. Lennart holds a Ph.D. in Physical Geography Lund University (1986) specialising in desertification and particularly the use of GIS, remote sensing and spatial modelling to study the interaction of nature and society in semi-arid Africa. His current research fields include human-nature interactions in the context of land degradation, climate change and food security in Africa and globally. His current research focuses on the politics of climate change in the context of poverty and food security. He has had research positions in Australia, USA and Hong Kong. He participated in several international assignments and was Lead Author on the IPCC report on Good Practice Guidance for LULUCF and Lead Author on the GEO-4 Global Environmental Outlook. More recently, he was coordinating lead author (CLA) for the chapter on Livelihoods and Poverty and a Cross Chapter Box on Heat Waves and Heat Stress in the Fifth Assessment Report of the IPCC, Working Group II. LEARN MORE 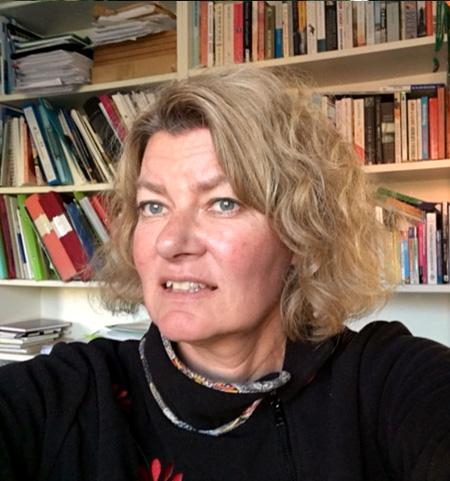 Anna Tengberg holds a Ph.D. in Physical Geography from Gothenburg University, Sweden where she also worked, in the beginning of her career as a lecturer at its Earth Sciences Centre. During her time as a Post Doctoral Fellow at the School of Development Studies at the University of East Anglia, U.K she had the opportunity to link her environmental interest with development issues. This led to a career with the United Nations where she worked for more than ten years, first for the United Nations Environment Programme (UNEP) and its Division of Global Environment Facility (GEF) Coordination in Nairobi, and later for the United Nations Development Programme (UNDP) and its Regional Centre in Bangkok for Asia-Pacific. LEARN MORE 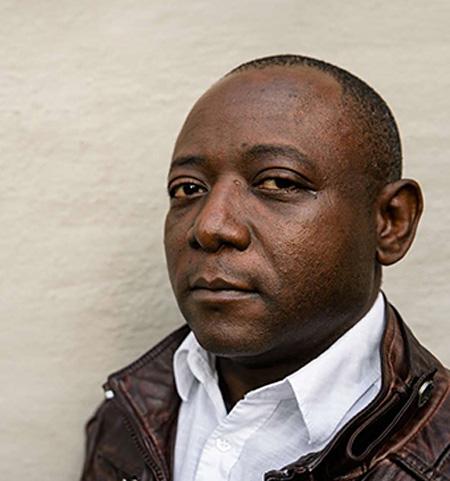 Project Objective: To provide guidance, methods and a toolbox for assessing and monitoring status and trends in land degradation using remote sensing technology which can be employed to inform land management and investment decisions as well as to improve reporting to the UNCCD and the GEF. The project is being implemented in Kenya, Tanzania, Uganda and Senegal. LEARN MORE